Flowback – the future of democracy

The digital democracy of the future is here. Smarter, more efficient and more secure than ever. Using modern decision-making tools based on neural network principles and blockchain technology, you can harness the power of your organisation's collective intelligence in a safe, fair and transparent way.

Our ambition is to make Flowback a complete end-to-end solution that supports organisations and businesses all the way from fact gathering and discussion to good decisions and effective execution of those decisions. 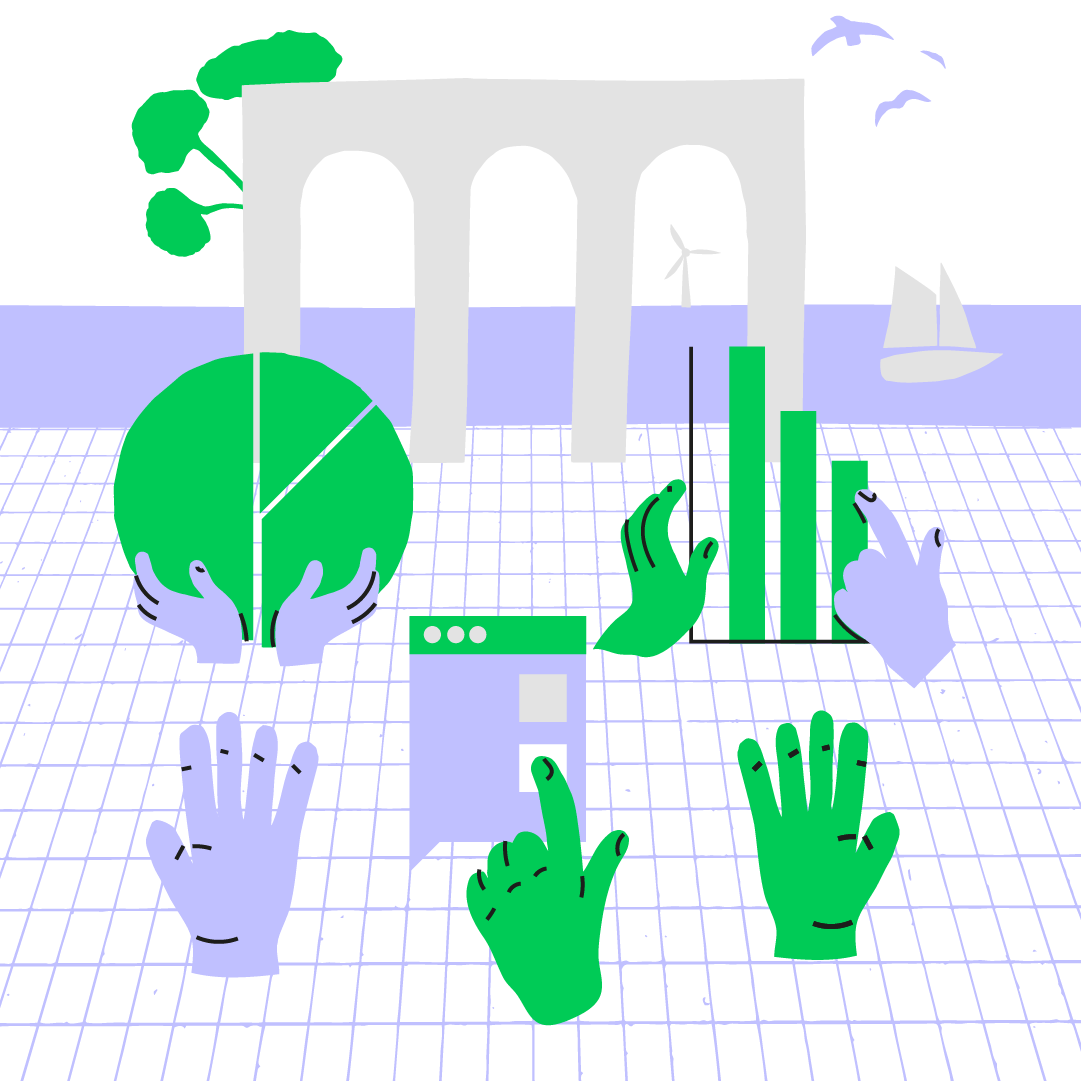 When is Flowback 1.0 released?

In the decision-making process, it is important that everyone's ideas, arguments and facts are put on the table. Flowback has the tools to:

Secure voting methods where the identity of participants can be verified are essential for making decisions. Flowback has tools for:

In order to implement decisions, it is important to have a clear division of labour where decisions can be taken close to those who will implement them. Flowback has:

Avoid Zoom, Teams and Google Meet, which have expensive licensing costs, security issues and can leak sensitive data. In Flowback, we've integrated Jitsi - a leading open source video meeting tool that runs directly in your browser or via a mobile app. 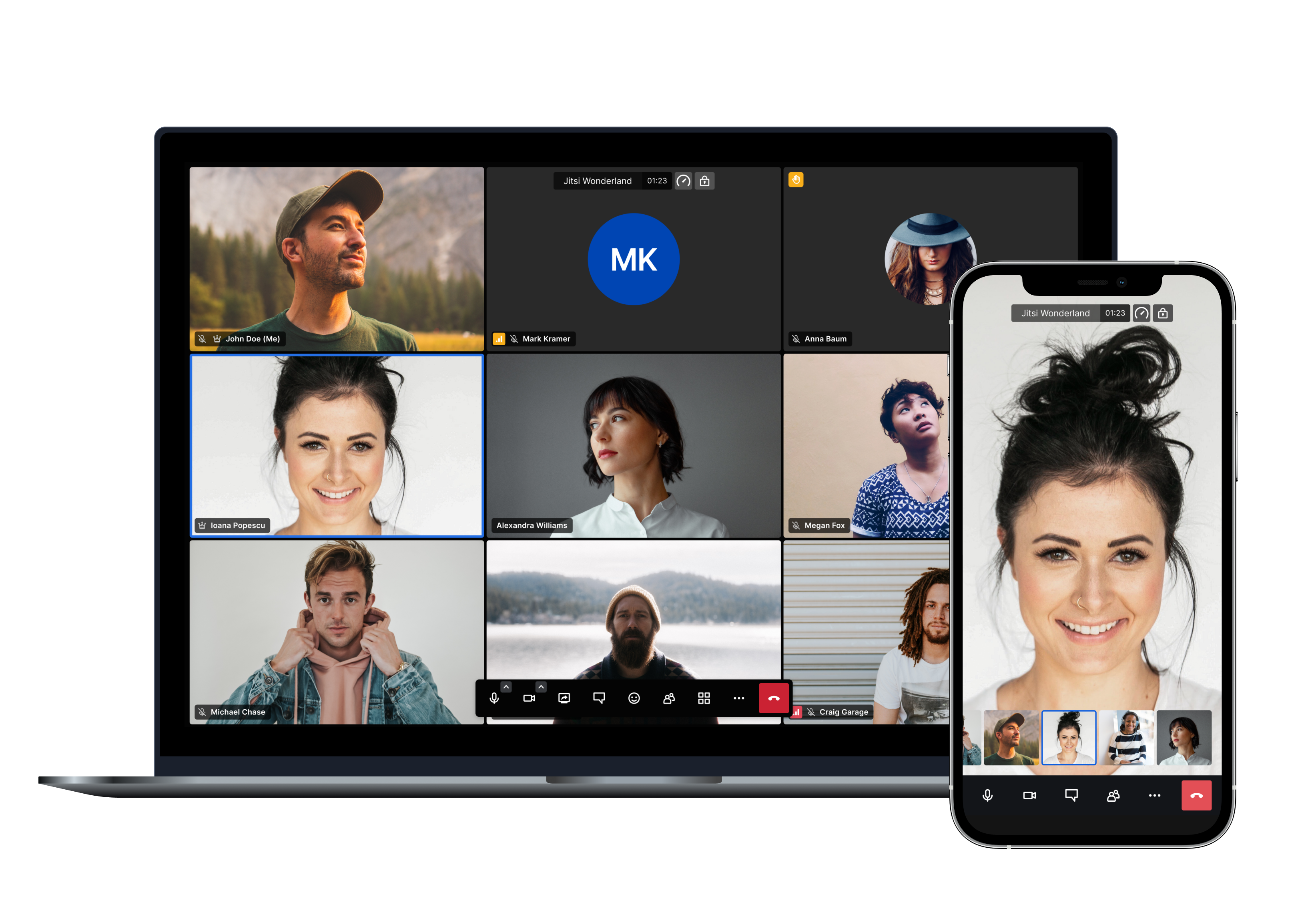 Create tags for different responsibilities and delegate decision-making authority. Delegation means that you automatically copy how the delegate votes as long as you have not voted yourself.

Vote yourself or see how your delegate voted for you.
Change your mind if you think differently from your delegate.

Below is a list of all Flowback's features. The green highlighted boxes are fully developed and available in Flowback 1.0 and the white boxes are features under development that will be released in later versions of Flowback. Some boxes can be clicked to learn more about the features.

At Flowback, we've developed a range of tools to harness your organisation's collective knowledge and intelligence. Involve everyone's brains in formulating and evaluating proposals, sorting, structuring and weighting arguments. Meet in video meetings in different groups and edit common documents. Make predictions about the consequences of different choices to make smarter decisions.

Give everyone the opportunity to formulate proposals that can be taken up for discussion.

Structure and weight arguments for and against based on participants' assessments

Video meetings in unique meeting rooms for all groups

Inclusive discussion where everyone, regardless of disability or personality, can participate on equal terms.

AI methods to let good proposals cut through the noise and come up for discussion, regardless of who made them.

Making good decisions requires that participants have access to accurate information about the consequences of the options being voted on. One downside of digital development is that more and more people are stuck in their filter bubbles and distrust established media and experts. This can result in people voting for candidates and making decisions that are bad for themselves on the whole. With the right digital technology, however, this trend can be broken. The Association for Digital Democracy is working to research, develop and implement:

In this way, we want to support your organisation to harness the collective knowledge and intelligence of participants and make smarter decisions together. Good democratic decision-making also requires that all participants have the same opportunity to make suggestions and arguments that others read, take note of and discuss. A digital democracy creates several new opportunities to improve and streamline the democratic participation process:

Good democratic decision-making also requires that all participants have the same opportunity to put important issues on the agenda. Otherwise, important proposals that would substantially improve the country/organisation risk never being implemented. Control over the agenda is often exercised by a board or presidium to ensure orderly decision-making. Many major parties do not allow members to submit motions and proposals to the Congress because there is too much to deal with.

Digital democracy makes it possible to combine the free opportunity for all participants to get their issues on the agenda with a structured and limited agenda where all the thousands of small proposals do not have to be taken up for final consideration. We are exploring and developing the following methods for effective and democratic agenda control:

Maximizing the democratic influence of all in a transparent, open and secure decision-making process. Each participant can choose their level of involvement. Make the right decisions for all stakeholders that benefit your organisation in the long term. Use a robust and transparent system that cannot be manipulated. Weight decisions according to the strength of preferences or other criteria so that all participants are maximally satisfied with the outcome over time.

Use your organisation's collective knowledge and intelligence through online deliberation.

With continuous voting, decisions can be changed quickly in response to new information that comes to the table.

Avoid taking a stand on issues that don't engage you by delegating your vote to those with the highest interest and expertise.

Quadratic voting to allow minorities with strong preferences to express these in a balanced way at the cost of reduced influence on other issues.

Geographical voting and interest-based voting to give more power to those most affected by the decision.

AI to sort out clusters of proposals that are compatible and supported by many streamlines decision-making in large organisations.

Flexible voting list according to willingness to work on the implementation of the decision, contribute with funding or other criteria.

The Association for Digital Democracy is working to find, implement and test the scales for weighing votes that will ensure the best possible decisions for the vast majority in the long term. We are also working to find forms of decision-making that maximise respect for the political equality of all. Here are some examples:

Democratic decisions also require that all those affected by the decision are included in the decision-making process. However, not all people are affected by all decisions. As a result, many people are forced to vote unnecessarily on issues they are uninterested in, lack knowledge about, or where they can override a minority for whom the issue is very important. Digital democracy, however, allows the voting list to be set flexibly to include only those who are actually affected by a decision, according to criteria such as:

Achieve high efficiency through creative freedom: the right person in the right place decides and executes at the right time. Avoid unnecessary bureaucracy and time wasting through clear division of labour into groups, sub-groups down to the individual level. Use schedules, Kanban boards for the different work groups and keep track of who does what flexibly. Manage emails, members and donations in a unified database.

Focus your time and energy on the areas where you have the skills and motivation to contribute.

Structure the work of the team with a Kanban board.

Get rid of Mailchimp and other expensive email systems, manage mass emailing to your group and followers through our system.

Manage donations, membership fees and payments in a unified system.

In Flowback - our current open source digital democracy project - we combine several traditional digital democracy tools with a range of new and innovative concepts with the potential to radically improve democratic decision-making. You can learn more about some of the methods here. 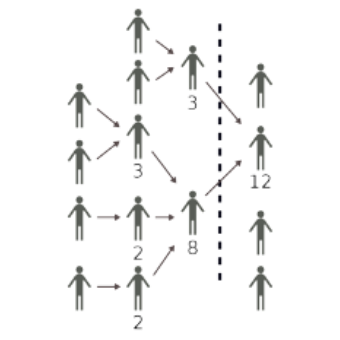 Delegation means that anyone can choose to copy what someone else votes for, which can be called "delegating your vote" to someone else. The delegator can override the delegate's vote at any time or delegate to someone else instead. Delegation harnesses the benefits of direct democracy as an opportunity for direct influence and accountability but without requiring everyone to invest time, energy, or expertise in every single issue. Delegation has been shown in empirical studies to be effective in harnessing expertise and making informed decisions. But unfortunately, delegation has never before been effectively tested on a larger scale because no one has built a good digital platform for the purpose...

Traditional voting rules such as majority rule can have several problems. The method does not capture nuanced information about participants' preferences and carries the risk of "tyranny of the majority" over minorities. Quadratic voting allows minorities with strong preferences to express these in a balanced way at the cost of reduced influence on other issues. The method has proven successful in repeated empirical experiments. It encourages participants to be honest, to make balanced priorities between options and to cooperate. 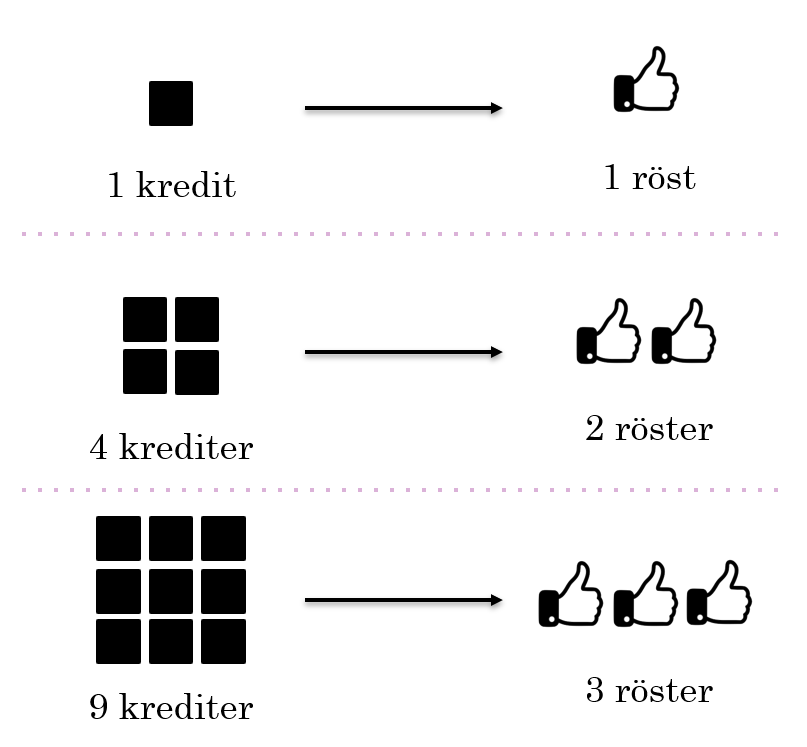 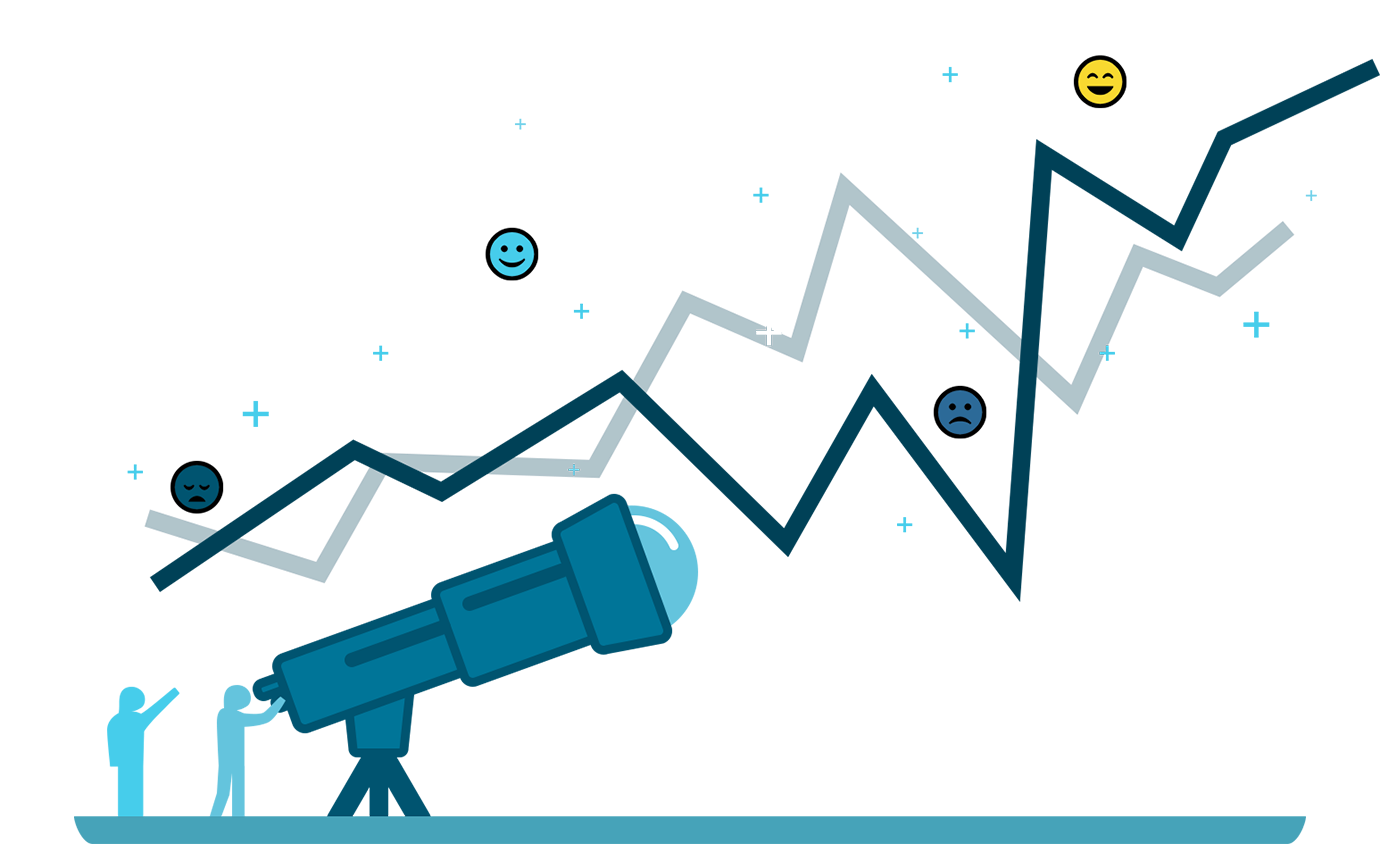 One threat to democracy is that many people lack access to independent information and knowledge about the consequences of different choices. If decisions are made on the basis of false premises, the consequences can be disastrous. So what can be done to provide credible and useful knowledge about an organisation's key choices? One solution we have implemented in our digital democracy tool Flowback is the possibility to use a prediction market...

We build flowback together

Would you like to be involved in suggesting new features and voting on which features we should prioritize for development? Flowback is being built by us together, when Flowback 1.0 is released you will be able to participate in its development by registering an account, making suggestions and voting - we develop Flowback by using Flowback.

Its ultimate goal is a world in which everyone's influence and participation is maximised in a way that is compatible with high flexibility, efficiency and effectiveness in human co-operation and organisations. The Association's sub-goals are to (i) develop innovative open-source tools for digital democratic organisation (ii) disseminate knowledge and stimulate interest in effective democratic decision-making and organisational practices (iii) support organisations and companies to improve their internal democracy.

Register below to receive an invitation to our release party, kickoff conference and receive news from Digital Democracy !

* By clicking the button, you agree that we email you about Flowback and Digital Democracy.