Quadratic voting allows minorities with strong preferences to express these in a balanced way at the cost of reduced influence on other issues. 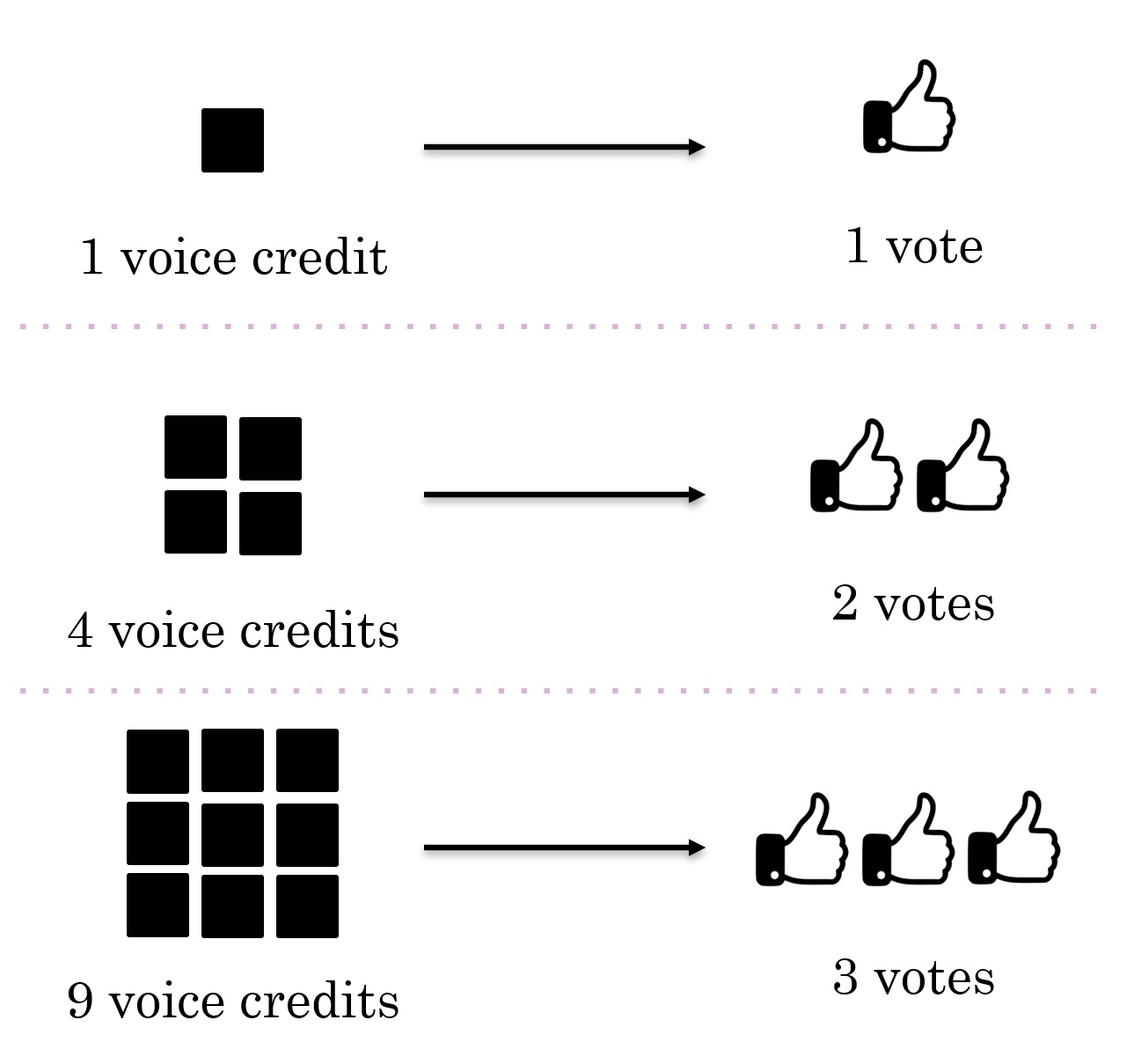 Quadratic voting means that each participant receives, for example, N number of voting credits, then they can "buy" as many votes as they want on different options. The cost of buying multiple votes increases quadratically: 1 vote costs 1 credit, 2 votes 4 credits and 10 votes 100 credits. The method has proven successful in repeated empirical experiments. It encourages participants to be honest, to make balanced choices between options and to cooperate.

To understand why quadratic voting is often better, we can compare it to other methods: 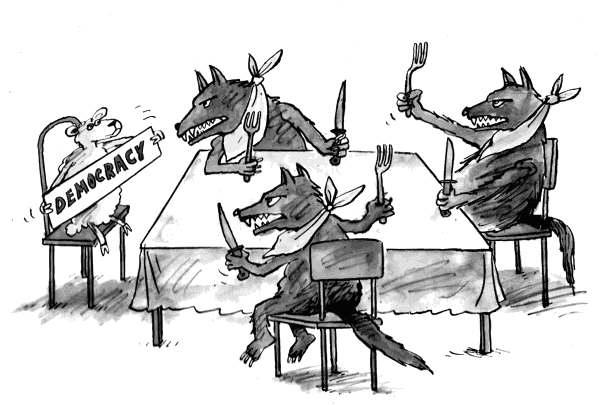 Majority rule may mean that many issues will be decided by an indifferent minority, i.e. by people who don't care but vote anyway. In the example below, 45% prefer dogs and 45% prefer cats, the ones who decide the vote are the 10% in the middle who don't really care about the issue:

When those who care least get to decide, the outcome can be worse for everyone than if decisions were made by any other method. So is there a way of making decisions in which those who care or are most affected can also have more say?

One way to avoid the problem of the tyranny of the disengaged majority is to let participants rank their preferences. Either in a ranked list or on a weighted scale according to the strength of their preferences. Then the proposal that has the strongest support of the majority wins. This means that a proposal or candidate that is not the majority's first choice can still win, if the proposal or candidate is supported by enough people. 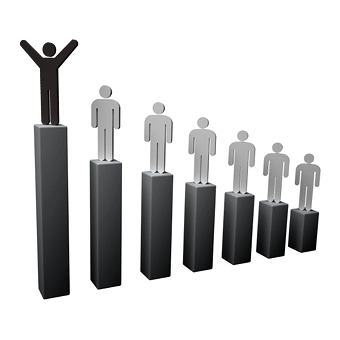 The problem with different forms of ranking is that it does not encourage participants to be honest when expressing their preferences:

If participants are not honest but strategically vote, ranking can mean that decisions are made that are suboptimal for everyone, decisions that no one really wants to see. This is why various forms of ranking have not become such a popular decision-making method.

Auctions can be used to make decisions by allowing participants to bid on different options. The advantage is that participants can then express the strength of their preferences by bidding different amounts, which is balanced against how important the issue is to others. However, the method has crucial problems. There is a risk of a plutocracy where a few rich people with the most resources to pay get their options through and decide everything. That problem can be partially remedied, however, by allowing everyone to start with an equal number of voting credits, but that doesn't help entirely. 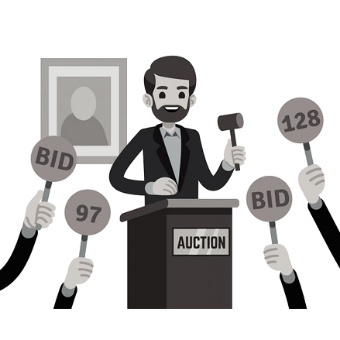 Even if everyone starts with the same amount of vote-credits, minorities with strong and odd preferences can save all their vote-credits and go all in on their pet issues where they will have a disproportionate amount of influence. The risk is that dissenting strong minority preferences will dominate on all issues decided, leaving the vast majority dissatisfied with virtually all decisions made. We risk here an even worse situation than with majority rule: the "tyranny of the minority".

What better way, then, to give participants an incentive to seriously consider all the proposals on the table and to make well-balanced priorities between them?

Quadratic voting combines majority rule with ranking and auctions, thus taking the best of all decision rules while avoiding the disadvantages:

Quadratic voting results in nuanced priority schemes rather than polarising results where the winner takes all.

In 2018, the Colorado House of Representatives began using square voting. Previously, each representative was given 15 votes to cast on the 15 bills they felt deserved funding. That process generated what Representative Chris Hansen called a "big blob" of bills with roughly the same number of votes. It then became difficult to prioritize and choose what to focus on

Square voting, on the other hand, generated a clearly ordered list showing which bills had the most support and how steeply support decreases as you move down the list:

In this way, Colorado's state representatives could make wiser decisions and prioritise a long list of spending proposals. Whenever a decision has to be made that involves priorities, this type of priority curve is highly desirable. In this way, square voting could radically improve the decision-making of organizations, businesses and governments.

We work with RxC on square voting, RxC has a number of other ideas rooted in a libertarian tradition. The Association for Digital Democracy is politically and ideologically independent, we do not subscribe to any particular isms.

Its ultimate goal is a world in which everyone's influence and participation is maximised in a way that is compatible with high flexibility, efficiency and power to act in human co-operation and organisations. The Association's sub-goals are to (i) develop innovative open-source tools for digital democratic organisation (ii) disseminate knowledge and stimulate interest in effective democratic decision-making and organisational practices (iii) support organisations and companies to improve their internal democracy.